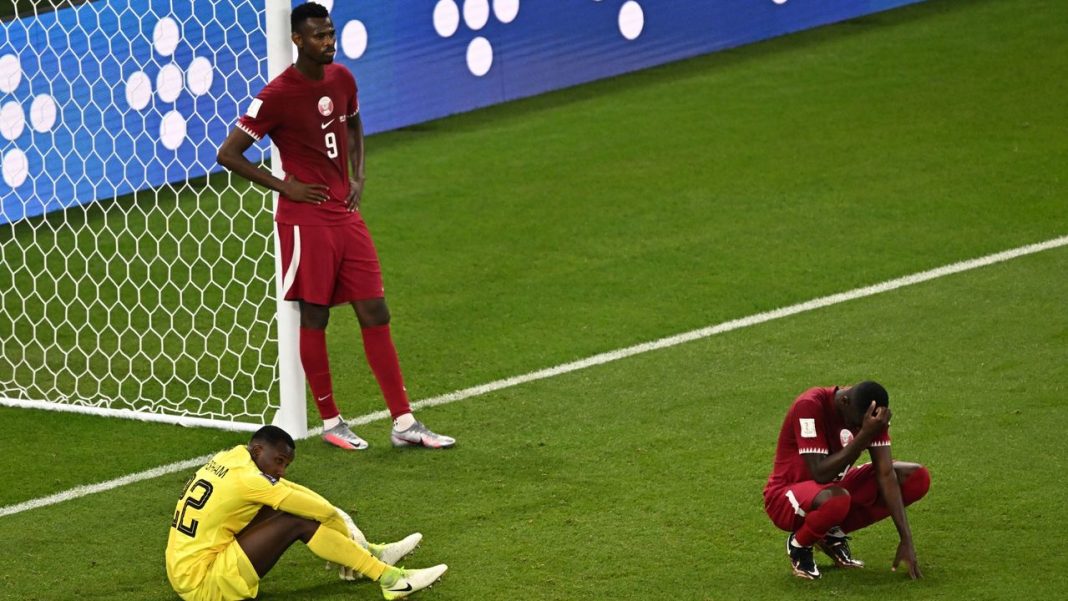 The 2022 World Cup is in full swing. At the end of every matchday, we’ll review the biggest talking points emanating from Qatar and break down all the action on the pitch. Below, we look back on Day 6 of the tournament.

Southgate, Berhalter cancel each other out

Watching England and the United States grind out a goalless draw on Friday was, well, a grind. If anything, the banter between the two fan bases on social media was far more entertaining than the “action” on the pitch.

England boss Gareth Southgate and his American counterpart Gregg Berhalter, both of whom have come under intense scrutiny, have often struggled to get the best out of their talented, exciting squads. In-game management has been a point of contention among both sets of fans with regard to the respective managers. Friday only served to add fuel to the fire.

Southgate, almost incomprehensibly, didn’t introduce Phil Foden off the bench despite his side looking listless in attack. He didn’t even use his full complement of subs. Berhalter, meanwhile, waited 77 minutes to make his first personnel switch despite several members of his team looking totally spent after putting in a huge amount of energy and playing at an aggressive, high tempo for nearly the entire contest. Giovanni Reyna had to wait another six minutes after that to join the fray for the first time in the tournament. It was almost as if the two tacticians were waiting to see who would blink first.

A draw, ultimately, is a fine result for both teams. England is in a comfortable position going into its Group B finale against Wales, while the Americans control their own destiny – beat Iran on Tuesday, and the USMNT will move on. But the lack of desire to take any chances, from both coaches, is coming under fire, and for good reason.

There’s too much skill on either side to play such an attritional style.

Twelve years of preparation were undone after just five days as host Qatar was officially eliminated from the World Cup on Friday.

An early exit for the Middle Eastern nation was mathematically confirmed after the Netherlands’ 1-1 draw with Ecuador. It’s undoubtedly a tough blow. However, it’s anything but unexpected given the concerns over the nation’s inability to produce top footballing talent.

And so, Qatar’s fate is sealed with a game to spare, and now the team is teetering on an unprecedented failure.

Qatar joins South Africa (2010) as the only hosts to be knocked out in the group stage. The team is now in danger of finishing its World Cup debut without a single point – a misstep no host has experienced.

A pair of uninspiring displays in defeats to Senegal and Ecuador don’t offer much hope over Qatar’s chances of producing a positive result in its last game against Group A’s favorite, the Netherlands.

PSV Eindhoven are loving every minute of the World Cup right now.

Few players, if any, arrived in Qatar enjoying a better season than Cody Gakpo. The 23-year-old, linked with a variety of top European clubs this past summer, was already doing his part to ensure the Dutch team would procure a small fortune for his services whenever he does move on. The price tag is only trending in one direction after Gakpo’s first two World Cup games.

Having scored the winning goal in the Netherlands’ first match against Senegal – an imposing header that showed off his athleticism – Gakpo followed that up with a sensational tally on Friday, uncorking a thunderous shot in the opening minutes of the draw with Ecuador. He’s now compiled 16 goals and 18 assists in just 28 games for club and country this season. Video game numbers.

His ability to not only play multiple attacking positions, but thrive in them, makes him a fit for just about any club in world football. With the Netherlands having trouble consistently crafting chances thus far in Qatar – the team attempted just two shots against Ecuador – Gakpo is being asked to carry the attack for Louis van Gaal’s surprisingly conservative side.

The more he’s able to do that, the more he’ll shine, and the more PSV will be able to demand from any club interested in his services. His stock is soaring.

Neymar’s absence shouldn’t be too costly

Neymar will definitely miss Monday’s meeting with Switzerland due to ligament damage in his right ankle, but reports indicate the Brazilian superstar is also doubtful for the conclusion of his team’s group-stage commitments against Cameroon next Friday. Neymar’s influence is undeniable, but this should be an absence that head coach Tite can handle. In addition to Neymar, starts were handed to Richarlison, Vinicius Junior, Raphinha, and Lucas Paqueta for Thursday’s 2-0 win over Serbia. Gabriel Jesus, Antony, Rodrygo, and Gabriel Martinelli were brought on as substitutes, while Flamengo veteran Everton Ribeiro stayed on the bench. Tite’s attacking options are the envy of every other team at this tournament.

The team talk that sparked a famous win

Herve Renard drew an incredible response from his Saudi Arabia side in the bowels of Lusail’s Iconic Stadium on Tuesday. The Saudis promptly erased Argentina’s one-goal advantage to engineer an all-time World Cup upset in a 2-1 victory, which is only slightly more impressive than the translator’s speed and gusto when echoing Renard during the halftime address. The video, which emerged Friday, will give you goosebumps.

All it took was a conventional rallying cry from an emotional coach, but a heated affair is brewing between Canada and Croatia. John Herdman, the Canucks’ English boss, ruffled feathers in a certain strip of the Balkan Peninsula when he declared his team would “F” Croatia during an on-pitch speech to his players following his side’s 1-0 loss to Belgium on Wednesday. Accusations of disrespect have now snowballed into a grotesque depiction of Herdman in a Croatian tabloid with the headline: “You have the mouth (tongue), but do you have the balls as well?” Maybe Herdman should’ve kept the content of his speech a secret; Croatia seems fired up.

Hands up if you expected Ecuadorian captain Enner Valencia to be in the Golden Boot conversation going into the World Cup. If your hand is genuinely raised, you’re likely alone. Ecuador was viewed as a team that would struggle to score goals in the competition; the last time La Tri bagged more than one tally in a single match was in November … of last year. But Ecuador has been far more aggressive and progressive going forward since arriving in Qatar, and Valencia has been the benefactor. He’s now scored Ecuador’s last six goals at the World Cup, a record for a South American player. Considering the World Cup icons the continent has produced, that’s quite the feat. The leading scorer in Turkey’s Super Lig this season – Valencia bagged 13 goals in 12 games before the World Cup break – will need to shake off an apparent knee injury that forced him off against the Netherlands to continue his unexpected Golden Boot pursuit.

Better late than never for Iran.

No winner in the sport’s great vernacular war.