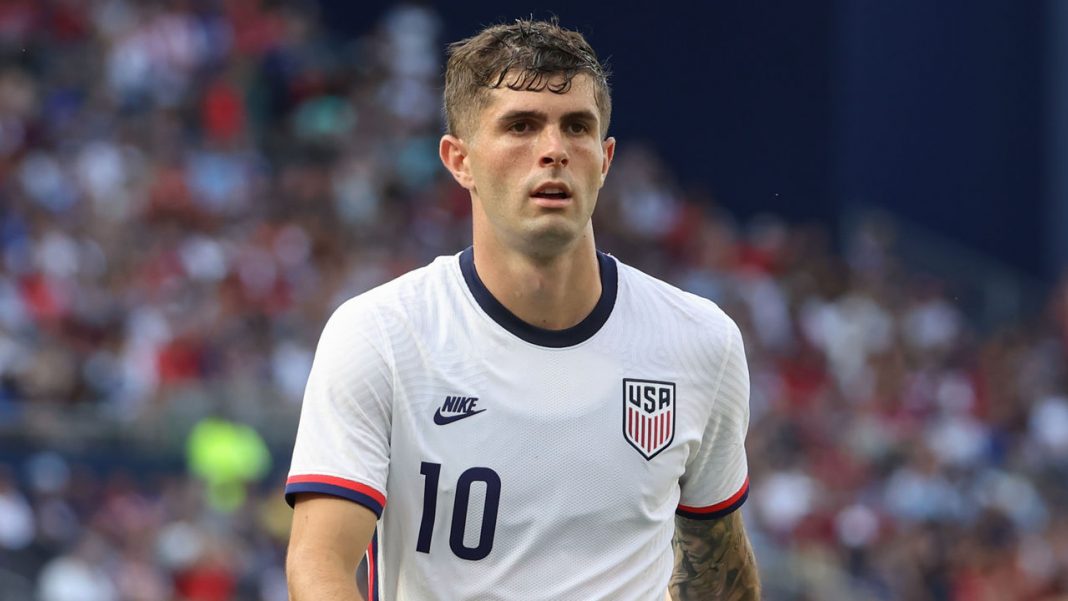 This is getting silly. Here are Wednesday’s latest developments on Manchester United’s frantic summer transfer window.

In a time of crisis, Manchester United have called for Captain America’s help.

United reportedly contacted Chelsea about the possibility of loaning Christian Pulisic for the rest of the season. Newcastle United, Atletico Madrid, and Juventus are also interested in the out-of-favor attacker.

Pulisic’s frustrations over his lack of game time at Chelsea have increased as the United States’ World Cup campaign draws nearer. The 23-year-old would prefer a loan move to United, according to The Athletic’s Andy Mitten.

But this is United in 2022. Their hunt for attackers doesn’t just end there.

United have also inquired about Barcelona’s Pierre-Emerick Aubameyang – the former Arsenal marksman who’s heavily linked with a switch to Chelsea – because, well, why the hell not? Barca’s asking price for the 33-year-old is around £21 million, according to the Evening Standard’s Nizaar Kinsella.

Fed up of McFred

It didn’t take long for Erik ten Hag to identify one of United’s main issues: Scott McTominay and Fred are a calamitous midfield duo.

But their search for replacements isn’t going too well.

Barcelona’s Frenkie de Jong has never shown any interest in moving to Manchester United despite the two clubs reportedly agreeing to a potential €85-million fee for his transfer. And this week, a deal to sign Adrien Rabiot from Juventus collapsed due to the Frenchman’s “crazy” wage demands, according to Romano.

When that transaction broke down, United were offered the opportunity to bid for another Juve midfielder, Weston McKennie, but declined because they’re primarily looking for a No. 6 to protect their wobbly backline, The Telegraph’s Jason Burt reported.

There are few players better than Casemiro in the holding role, and United are considering a £50-million move for the Brazilian bruiser. Real Madrid apparently made it clear that they wouldn’t deny Casemiro a transfer if he wanted to leave, but it remains to be seen whether he’s interested in swapping the Champions League holders for a team competing in the Europa League.

And a summer transfer window wouldn’t be complete without United being linked with Sergej Milinkovic-Savic. The Red Devils contacted the Lazio player’s representatives over a deal that would cost around £42 million, per Burt.

Aaron Wan-Bissaka has apparently done little to impress Ten Hag this summer, and the club is prepared to cut its losses on the right-back.

The 24-year-old cost £50 million to sign from Crystal Palace in 2019. Three years later, Palace are prepared to pay £10 million to bring him back to Selhurst Park, Burt reported. United would also reportedly be open to letting Wan-Bissaka leave on loan.

Thomas Meunier has emerged as the No. 1 target to compete with Diogo Dalot at right-back. United plan to tempt Borussia Dortmund into selling the Belgian with a €15-million proposal, according to Burt.

Barcelona outcast Sergino Dest is apparently a backup option for this position.

David De Gea’s hologram hands and poor distribution during Saturday’s 4-0 defeat at Brentford have increased calls for United to recruit a new goalkeeper.

Their only other senior ‘keeper is veteran Tom Heaton. One-time England international Dean Henderson is on loan at Nottingham Forest, and Lee Grant retired at the end of last season.

Illan Meslier, 22, has attracted a cult following through his performances between the sticks for Leeds United, but the West Yorkshire club has shunned any contact with their rivals in Lancashire. He’s deemed “untouchable” and is a key part of Jesse Marsch’s project at Leeds, Romano understands.

Yann Sommer is also reportedly shortlisted as a potential challenger to De Gea’s starting spot, but Borussia Monchengladbach are trying to prolong the Swiss’ stay in North Rhine-Westphalia with a new contract.